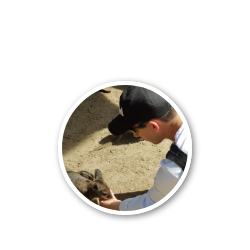 UI Design as a Software Engineer

I’ve always enjoyed design at some level. I made my start making websites and have dabbled in some digital art in my highschool days. I even started a design study, though switched to programming instead.

However every so often I get back the itch to get back into it. It’s that time again…
Below all the topics that I want to start with exploring and getting a better understanding of.

I’m sure i’ll discover more areas as I go but this makes for a good start.

Visual design focuses on the aesthetics of a site and its related materials by strategically implementing images, colors, fonts, and other elements. Some of the principles we’ll explore: Unity, Gestalt, Hierarchy, Balance, Contrast, Scale, Dominance.

Color theory is the collection of rules and guidelines which designers use to communicate with users through appealing color schemes in visual interfaces.

Typography is the art and technique of arranging type to make written language legible, readable and appealing when displayed.

Also known as the Golden Section, Golden Mean, Divine Proportion, or the Greek letter Phi, the Golden Ratio is a special number that approximately equals 1.618. This formula can help you when creating shapes, logos, layouts, and more.

Interaction design can be understood in simple (but not simplified) terms: it is the design of the interaction between users and products. Through Words, Visual Representations, Physical objects or space, Time, Behaviour.

An affordance is what a user can do with an object based on the user’s capabilities.

Accessibility refers to the practice of making websites (or web apps) usable by people of all abilities and disabilities.

In all these topics I’ll look for the principles and rules behind them. How and when you can break them and if I can also make some analogie swith software engineering. The latter hopefully to make it all stick much better in my mind.

Enjoyed this? Read more in the design series.
Share on:
Support: